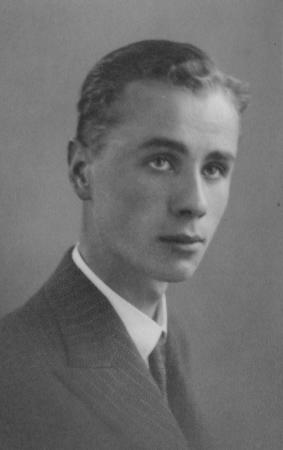 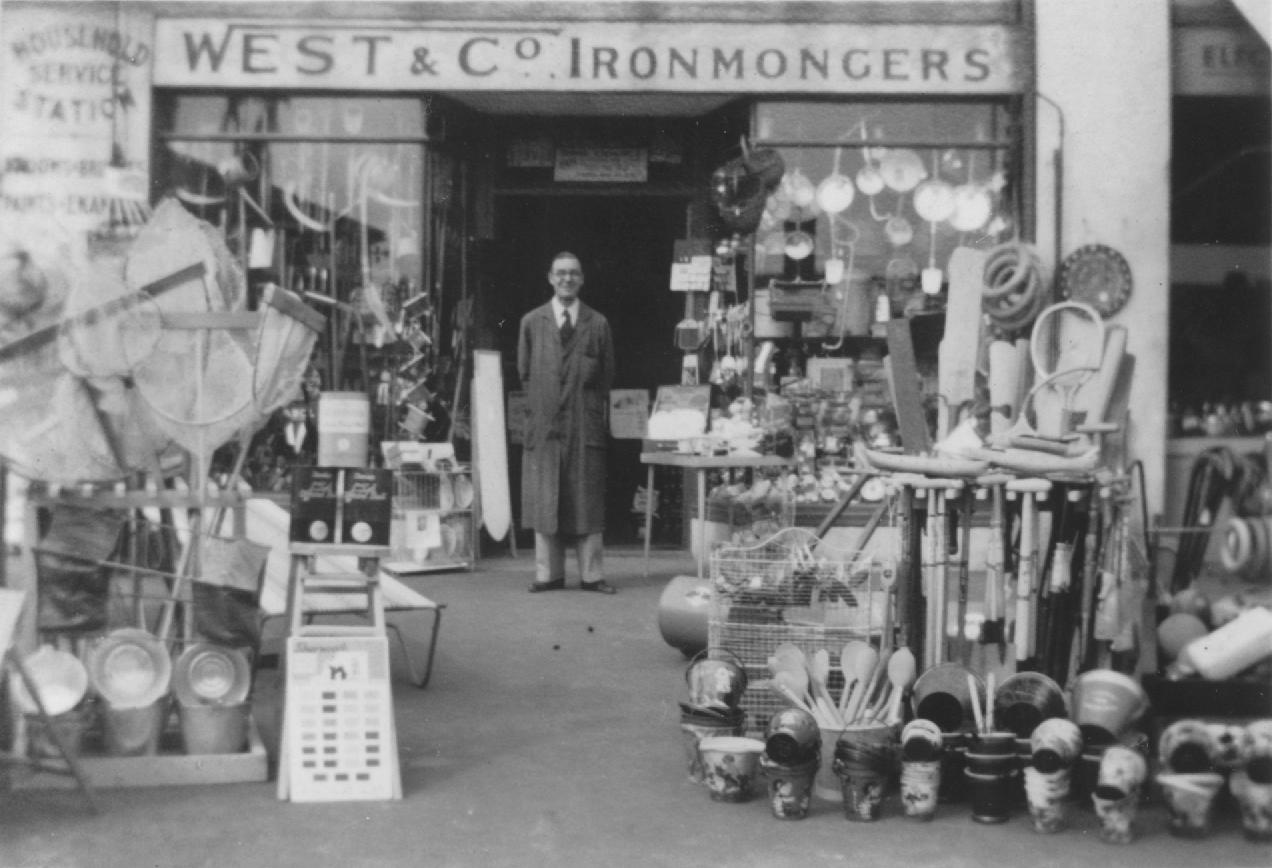 This is Robert Harold Linter standing outside the shop where he worked for many years in East Preston, West Sussex.
One can't help wondering just how long it took to put all those goods out on the pavement every day and then put them all back again afterwards!

He married Ruby Mills in 1940 and had one child, Judith.